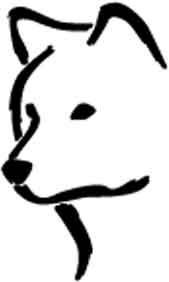 As I sat in lotus in my skintight pants and Lululemon tank (which showcased my triceps that had been toned from countless Vinayasa flows), I felt anything but Zen. Feeling anxious, I had to wonder: Had my yoga practice, which had once been the activity I turned to for clarity, devolved into a statement about my personal worth?

I wondered if other yogis struggled with body image and low self-esteem, so I turned to my Kaivalya Yoga Studio instructor Jules Wolf Stenzel for answers. Jules has lived in Chicago, San Francisco and Santa Cruz, Calif., and has been teaching yoga at multiple Madison locations since 2005. I wanted to know from a teacher’s perspective if yoga had become just another outlet for young adults to compete with each other, and I looked to Jules to see if the practice had led my fellow yogis to strive for the unrealistic expectation of achieving both physical and spiritual perfection.

BH: What made you decide to try yoga at such a young age?

JWS: I did a home practice until I was in my 20s; I didn’t have the body awareness to come out and be a very curvy female in our society. People just stare at you. At age 13, I started hiding (my body). When I started going to classes, it really opened up my eyes. I noticed that all of the teachers were different body shapes, but there was a sense of ease in the way they moved. They looked like they felt good in their bodies. That was what appealed to me.

BH: What role does yoga play in the lives of University of Wisconsin students?

JWS: I think that [yoga] has shifted into a younger bunch of people within in the past five years. Everyone does it. Everyone has their yoga mat. People come up to me more and more and say, “Oh I should do yoga.” Well, why? And they say because everyone’s doing it. But don’t you want a better reason?

BH: Do you think college students are provided with the same opportunity to use yoga as a tool for self-acceptance? Or does competition between students and studios get in the way?

JWS: [Competition] is another shift between the West Coast and what I have seen here. Here, there is a lot of “Oh, I go to yoga because it’s cool.” I see that on the West Coast too, but there, once you get into the classroom situation, people stop comparing themselves to each other. Here, the way classes are structured, people think “I can’t back off. If that person is pulling their foot way up high; I better pull my foot way up high too.” They don’t think about what really hurts.There is a lot of competition to look a certain way but no consideration for what the body really needs.

BH: Has the commercialization of yoga created an unnecessary pressure to appear as if you live a “yogi’s lifestyle?”

JWS: [If you buy into] the yoga lifestyle rather than really understand it, yoga becomes just another form of escapism. If you are really doing a full yoga practice, you notice where you are limited, and you try to be honest about that. [You think] “Gee my left leg doesn’t open up like hers. And I am going to sit with that and breath into that place.” [When we do that] emotions come up around body image – we feel emotionally insecure (because) we just want to look like we are doing (yoga). But if you can accept that your poses are either very small or very big, that’s how you can know a little more about yourself.

Get the latest news, events and specials via email:
Join Our Newsletter
Email Marketing you can trust.

I wanted to write you a note to say thank you for consistently providing fantastic classes for your students. Each class I learn something new or get challenged with a new concept in a completely safe and accepting environment. I have learned so much about my body and how to move it. Thank you so much for inviting us all into your life each and every day. We are blessed.

CoreAlign has turned out to be the thing I was looking for, but didn’t know existed. I have literally tried everything to address a stubborn pelvic imbalance, and was beginning to think that chronic hip pain, limiting my athletic activities, was my new normal. Within a few weeks of starting CoreAlign under Jules’ instruction, I am surprised to be free of pain, cross country skiing stronger and more efficiently than… END_OF_DOCUMENT_TOKEN_TO_BE_REPLACED

I seldom break a sweat during Pilates classes with Jules so some would think that I am not getting much of a workout. What I have found since starting classes a year ago is that I am much more mindful of how I move my body. I am learning how to be more economical in my movements and that mindfulness has carried over to my other activities which are weight training, running and cross-country skiing. Thanks for all … END_OF_DOCUMENT_TOKEN_TO_BE_REPLACED

I liked the class right away, but at first my knees and feet ached. I have plantar fasciitis and have been unable to go barefoot or wear shoes without inserts for years.

When you start a class with Jules, she asks you if you have any special issues and tries to incorporate movement to assist you in your recovery.

Gradually my feet became less painful when I was in class. After awhile, I experimented with wearing sa… END_OF_DOCUMENT_TOKEN_TO_BE_REPLACED

I am bionic: two resurfaced knee caps and three back surgeries, one of which was a fusion. Jules always finds Pilates exercises I CAN do! She is one of a kind: never judges, leads by example, funny and well versed in life. It’s a winning combination that I heartily recommend. And then there are the cherry almond brownies that occasionally make it to the studio…

I came across your website after searching for flossing exercises for my arm and shoulder which have given me a lot of trouble and pain lately. I live in Calgary, Alberta, Canada so I can’t come to your studio unfortunately. I’m at work suffering with pain and just tried an exercise that you’re demonstrating and I already feel better!! Just wanted you to know you’ve helped me out and wanted to say thanks!!… END_OF_DOCUMENT_TOKEN_TO_BE_REPLACED

Thanks for the great class today and for helping me with my Pilates moves. I feel empowered each and every time.

Jules is a wonderful teacher, the absolute best. She takes the time to gently and gradually help you move into correct yoga postures or Pilates forms in the way that best benefits your individual body. I have never been injured in Jules’ class, unlike other studios that I have attended. Jules classes are a celebration of ourselves, our bodies, and our lives. I feel safe in Jules’ classes and feel like I am there exer… END_OF_DOCUMENT_TOKEN_TO_BE_REPLACED

Just wanted you to know what a difference yesterday’s workouts made. Last night I was able to sleep on my back for the first time in several months–not distorting shoulders in usual “fetal position” mode.

Just want to share the good news and thank you for all of your help with my bones. My recent bone density scan shows my spine and femur both in the osteopenia range, improved from the osteoporosis range. Strong bones, hurrah! Onward to keep them strong now.